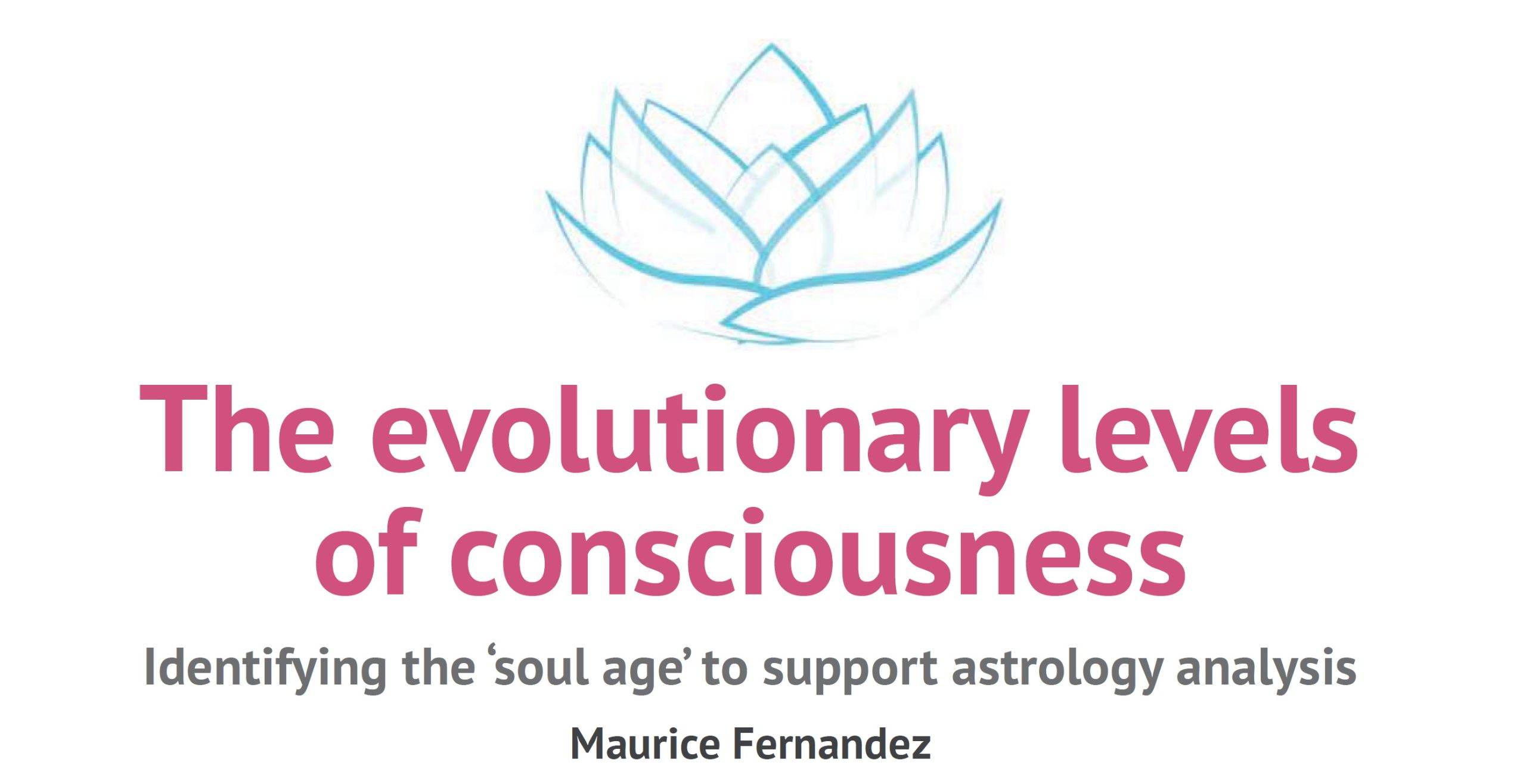 A recurrent question raised by both astrology practitioners and skeptics is how can it be that individuals born with the same chart (born within few minutes of each other), whether biological twins or astrology twins, will not necessarily lead the same lives.

END_OF_DOCUMENT_TOKEN_TO_BE_REPLACED

Thanks to the current proliferation of blogs and vlogs that magnetize hundreds of thousands of dedicated followers, we are now witnessing astrology’s explosion into mainstream media and culture. As the appeal for traditional religious institutions diminishes, astrology and other spiritually oriented practices become both an alternative and a refuge.

END_OF_DOCUMENT_TOKEN_TO_BE_REPLACED

Powerful alignments are ahead of us for the year 2022. This includes the 13-year Jupiter/Neptune cycle which, this time, resets in the sign of
Pisces—the sign ruled by both the planets. In the backdrop, the Nodal Axis (18 month-cycle in a sign) retrogrades from the Gemini/Sagittarius axis to the Taurus/Scorpio axis. Uranus and Mars join the North Node late July for an eventful alignment that promises breakthroughs.

END_OF_DOCUMENT_TOKEN_TO_BE_REPLACED

…and the great Venus/Mars conjunction:

The United States will experience its first PLUTO RETURN since its inception on February 20, 2022. This will be followed by two additional returns this year on July 11 and December 28, as Pluto proceeds with its retrograde and forward motion. While opinions differ on which of the returns is the most significant, this article is specifically about the first return. I see it as the most critical one, not only because it sets the tone for the whole process, but also because it coincides with a Venus/ Mars conjunction on the same degree.

END_OF_DOCUMENT_TOKEN_TO_BE_REPLACED

The Spectacular Parallel Fate of

Superstar and extraordinary talent musician Prince transitioned from this world on April 21, 2016, after collapsing in an elevator. Gone too soon, we would agree, for Prince was only 57.
Prince was born on June 7, 1958, on the early summer season that happened to see the birth of some of the most popular and recognizable pop icons of our time, among them Michael Jackson (Aug 29, 1958), Madonna (August 16, 1958), and across the ocean in Britain, Kate Bush (July 30, 1958).
It is truly astounding that this cluster of iconic famous pop music stars were born within a few weeks of each other. We look for the celestial configurations in the natal chart of these figures that could capture their iconic status, and notice they were all born with a Jupiter/Neptune conjunction on their North Node.

END_OF_DOCUMENT_TOKEN_TO_BE_REPLACED

– Exploration of the prominence of 12th houses in public figures

END_OF_DOCUMENT_TOKEN_TO_BE_REPLACED

Asteroid HYGEIA – Health and Healing in the Chart

(Published in the June 2019 edition of the Career Astrologer – OPA)

While significant bodies of knowledge about Medical Astrology are available, I would like to explore in this article the particular influence of the Asteroid Hygeia and her role in both “afflictions,” recovery, and in healers or doctors.

END_OF_DOCUMENT_TOKEN_TO_BE_REPLACED

Jupiter/Saturn conjunction years are known to represent critical milestones in our lives: people make impactful decisions during that year, whether this occurs through breakthroughs or losses. It is a time when fate and free-will collide and new templates for our lives are being  designed and established. On a political level ….(read magazine page 18) 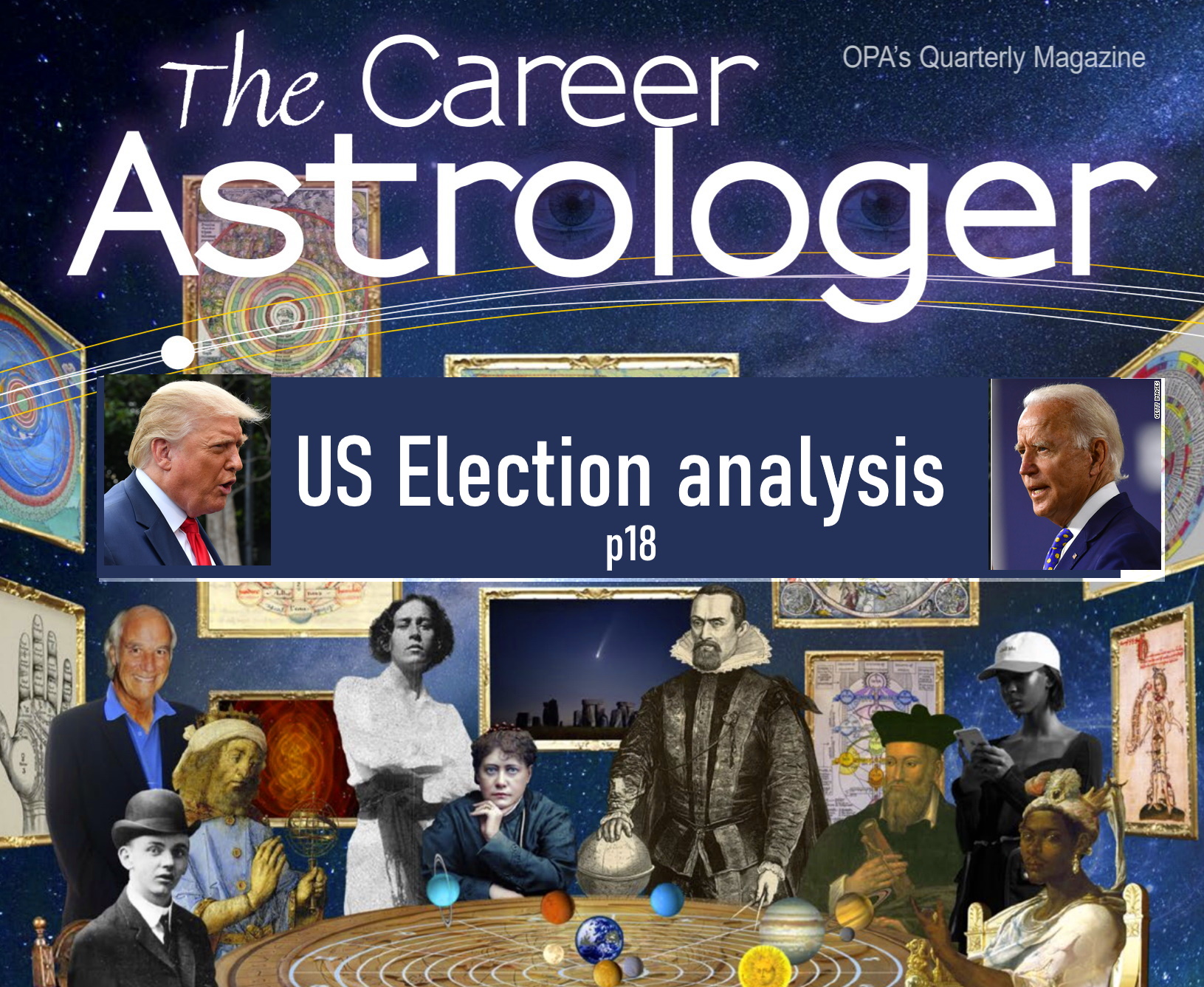 Our brains are wired to reject uncertainty. It explains why astrology is taking off in the pandemic.

And the transits for the year 2020